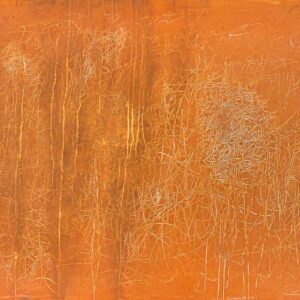 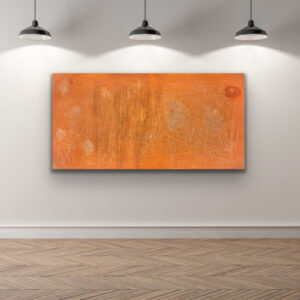 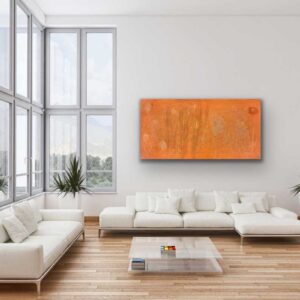 “In Between” expresses one of Jacksons driving themes of balance between chaos and order. The merger of geometric opp art on the same canvas as chaotic organic elements speaks to the confronting of the natural world by humans and the symbiotic relationship that results.