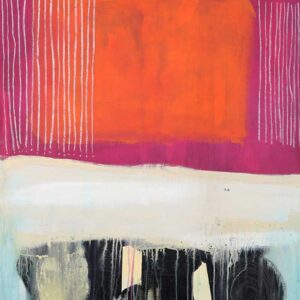 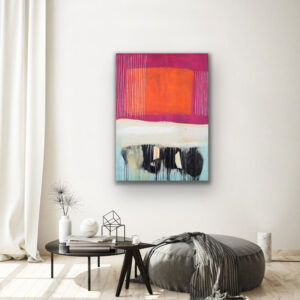 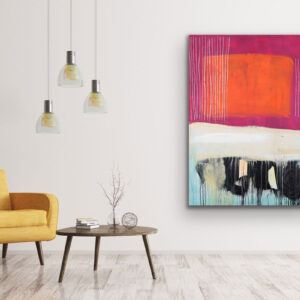 ‘Desert Theater” dwells on the theme of righteous pursuit in a hostile environment. A homage to a scene from the ﬁlm Lawrence of Arabia can be seen in the middle right side of the piece. In the referenced scene, Lawrence risks death to go back into the merciless desert to rescue a lost member of his caravan, only later to be forced to execute his saved friend for crimes against another soldier in his army. It is a Kafka-esc, bitter sweet moment, marinated in notes of melancholy.