The shadow is a methodological instrument to search for an ego and to find an answer to the most fundamental and essential question of human beings, “Who and what I am?

No object without shadow can exist. Every form and shape of the world, whether it moves or not, is a substantive three-dimensional structure. However, shadows constantly return and revert from the plane to the three dimension in my sculptural works, of which the nature is three dimensional.

It is because this attempt to substantialize immateriality to materiality is a way of searching for another ego.A shadow that exists with light of Yang is Yin of darkness that exists only in Yang; thus, Ying of the shadow approaches me and becomes Yang to ruminate on emotions of life. Though the shadow is tacit-false substance that is not allowed to possess or touch, it can never exist without me and can never escape from me either.

Until now, expressions of my shadow have gone through a range of changes. After the process of creation of the early stage where I focused on spatiality (a shadow corresponds to concept of naught) emptying things by forming a background, I tried linear expression of a shadow, internal explanation of planarity,description of spatiality in planarity and expression of sides and colours.

Later, in Sagunja, the Four Gracious Plants (plum, orchid, chrysanthemum and bamboo), the shadow produced from the process of substantializing the non-substantial shadow returned to the process of creating a non-substantial one again. Here, I pursued essential figuration of the object and embraced the blank space (margin) through the square frame, by way of relationship with space and modification of substantial figuration (juxtaposition by adjusting partial angle of figuration, adding some 3D space,newly interpreting and translating sides and lines).

Objects are three-dimensional containing space. Space is the void existed from the beginning, and it is a psychological space revealed only in a relationship between objects. As for sculptural expressions for Sagunjaor the four gracious plants, I place the shapes of shadows, shown only in a relationship between an object and light, in a space to expand the substantial images of the four gracious plants in the psychological space where other shadows are being created. 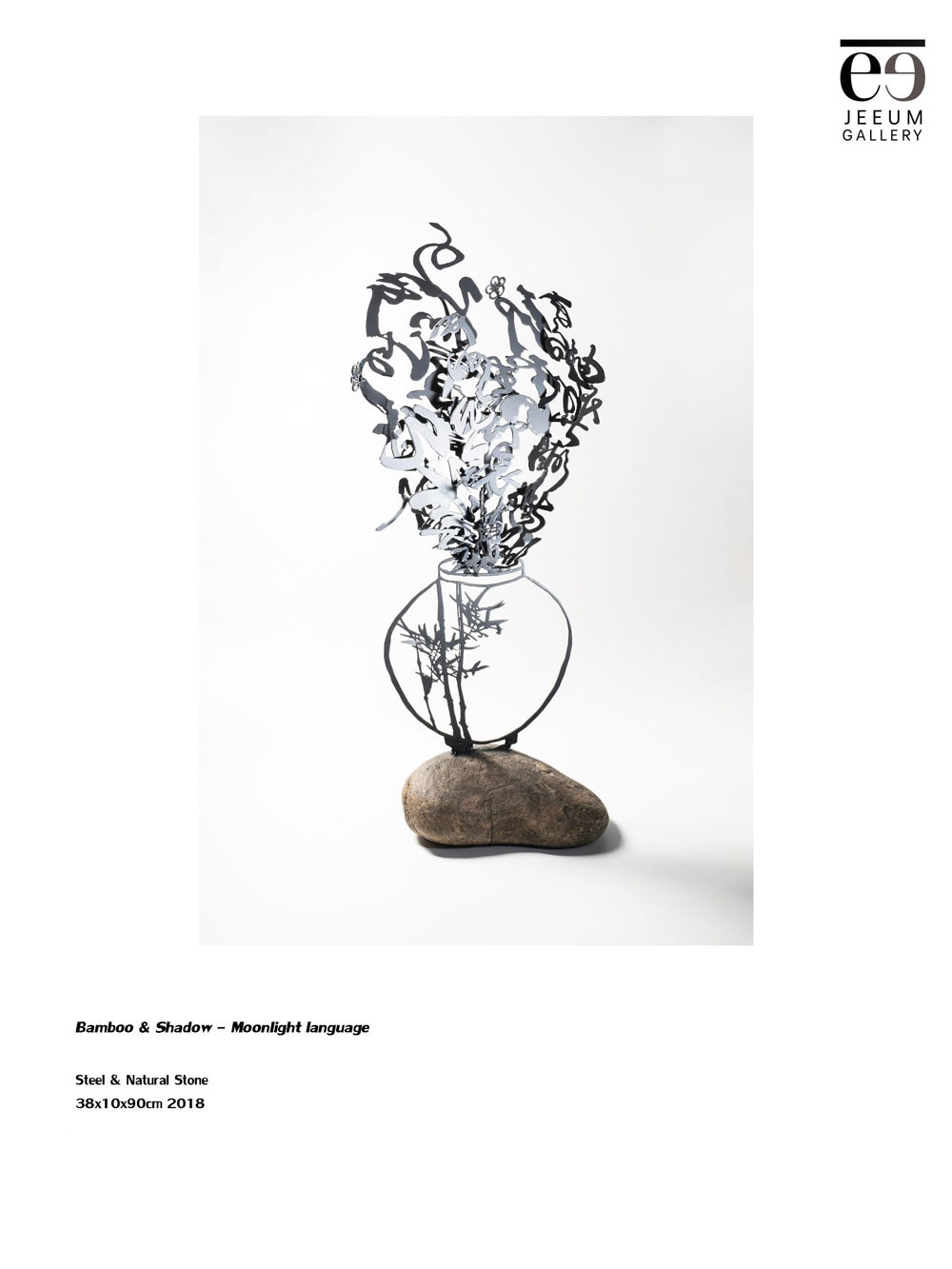 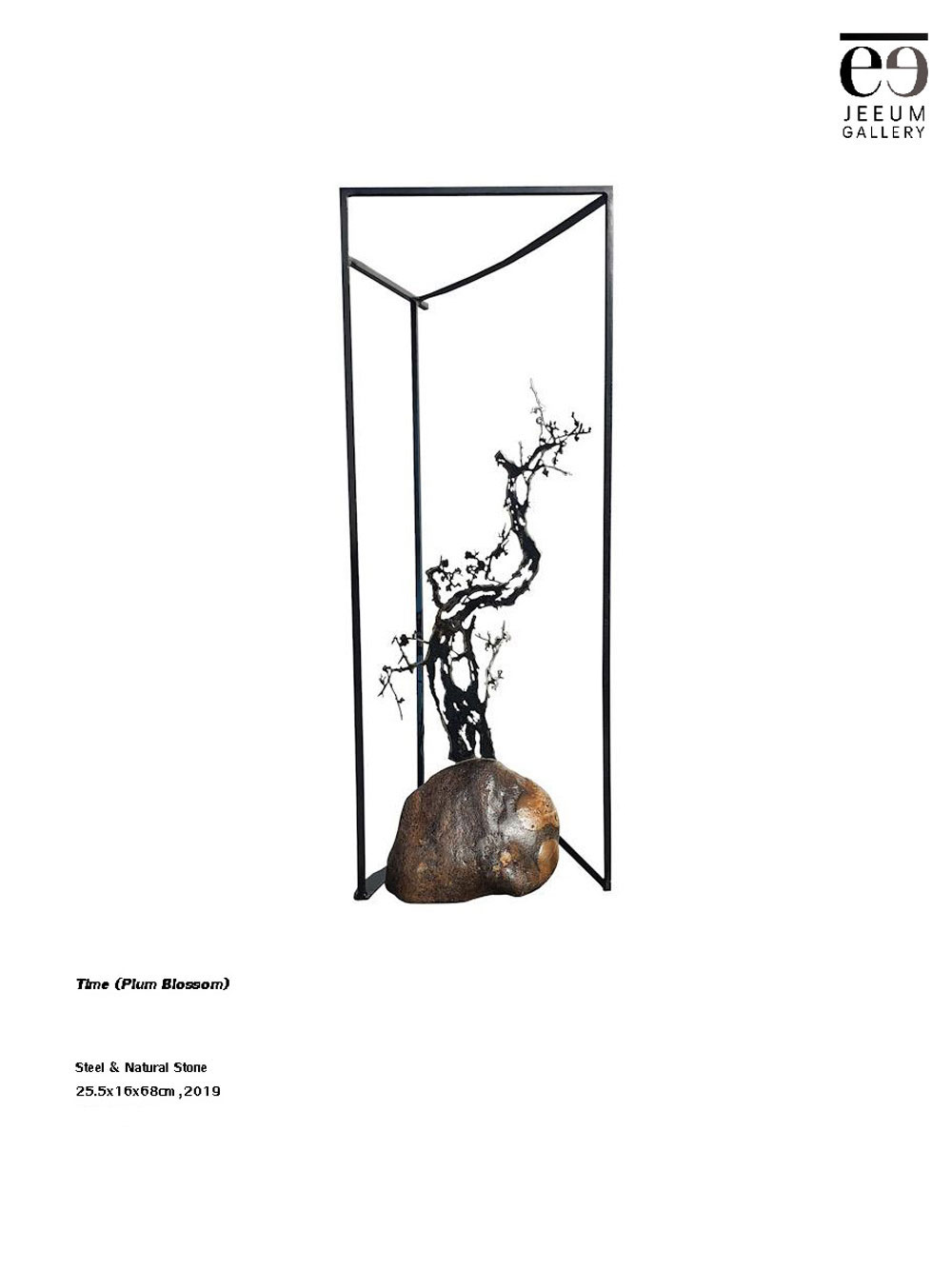 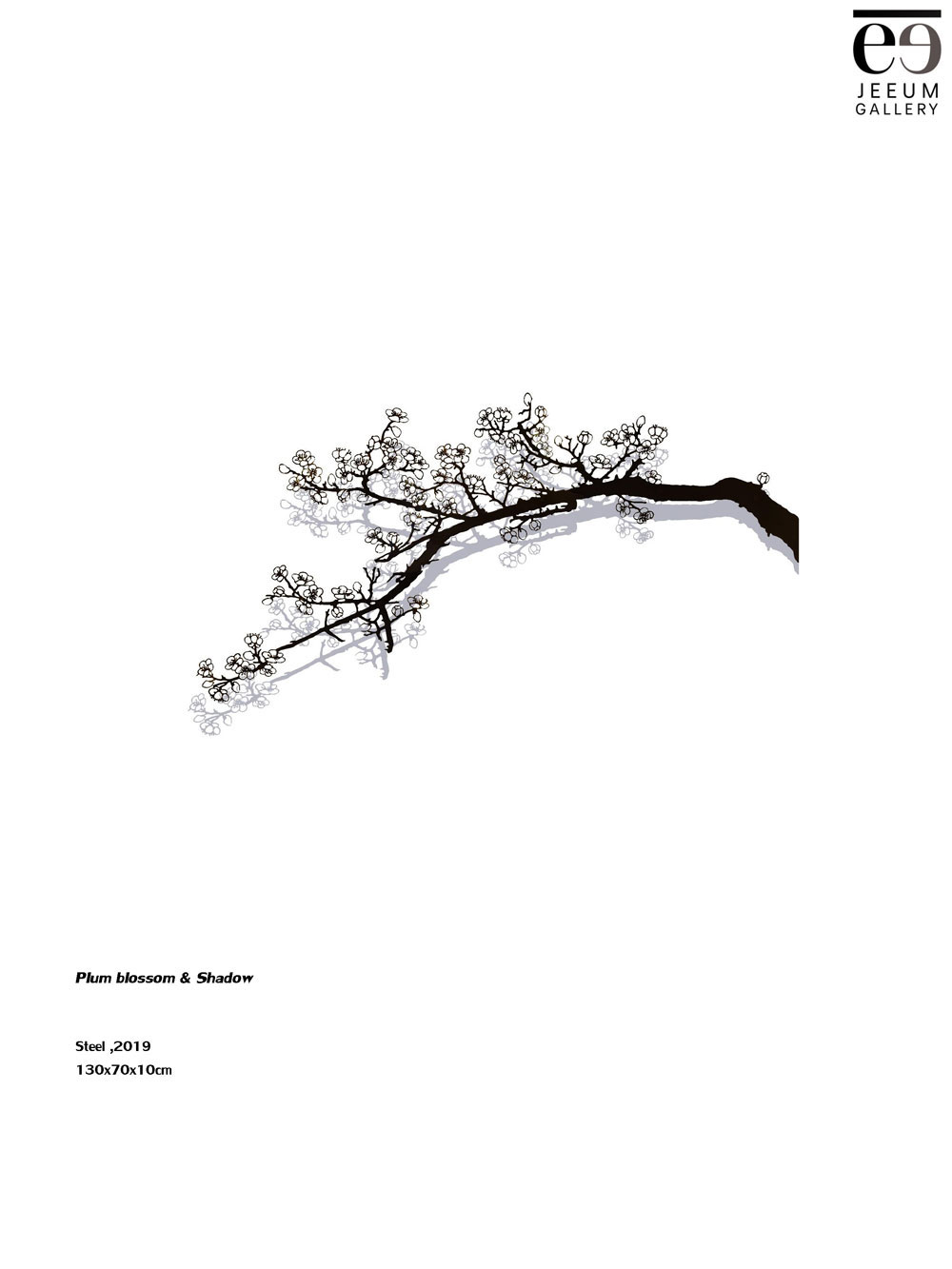 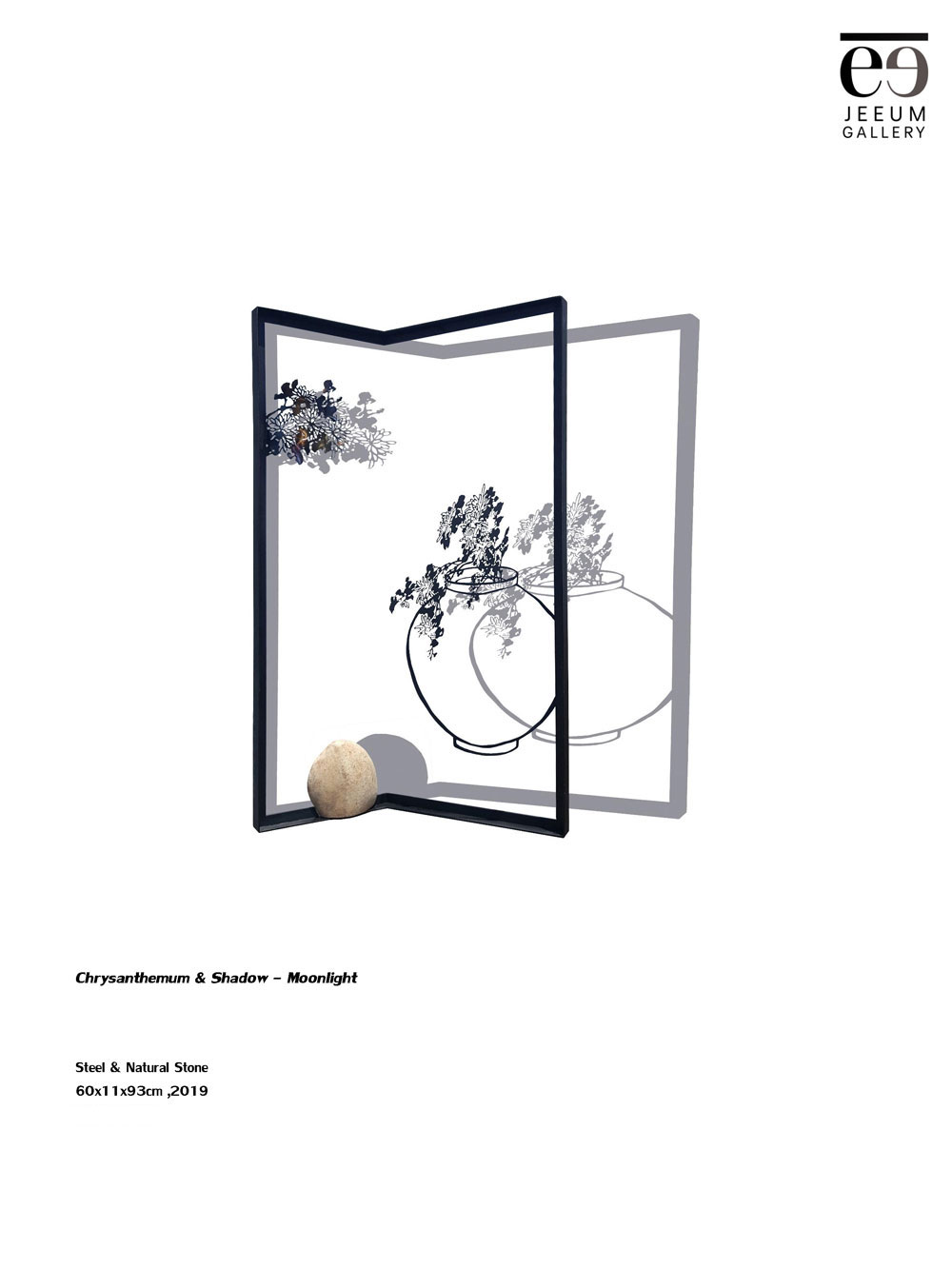 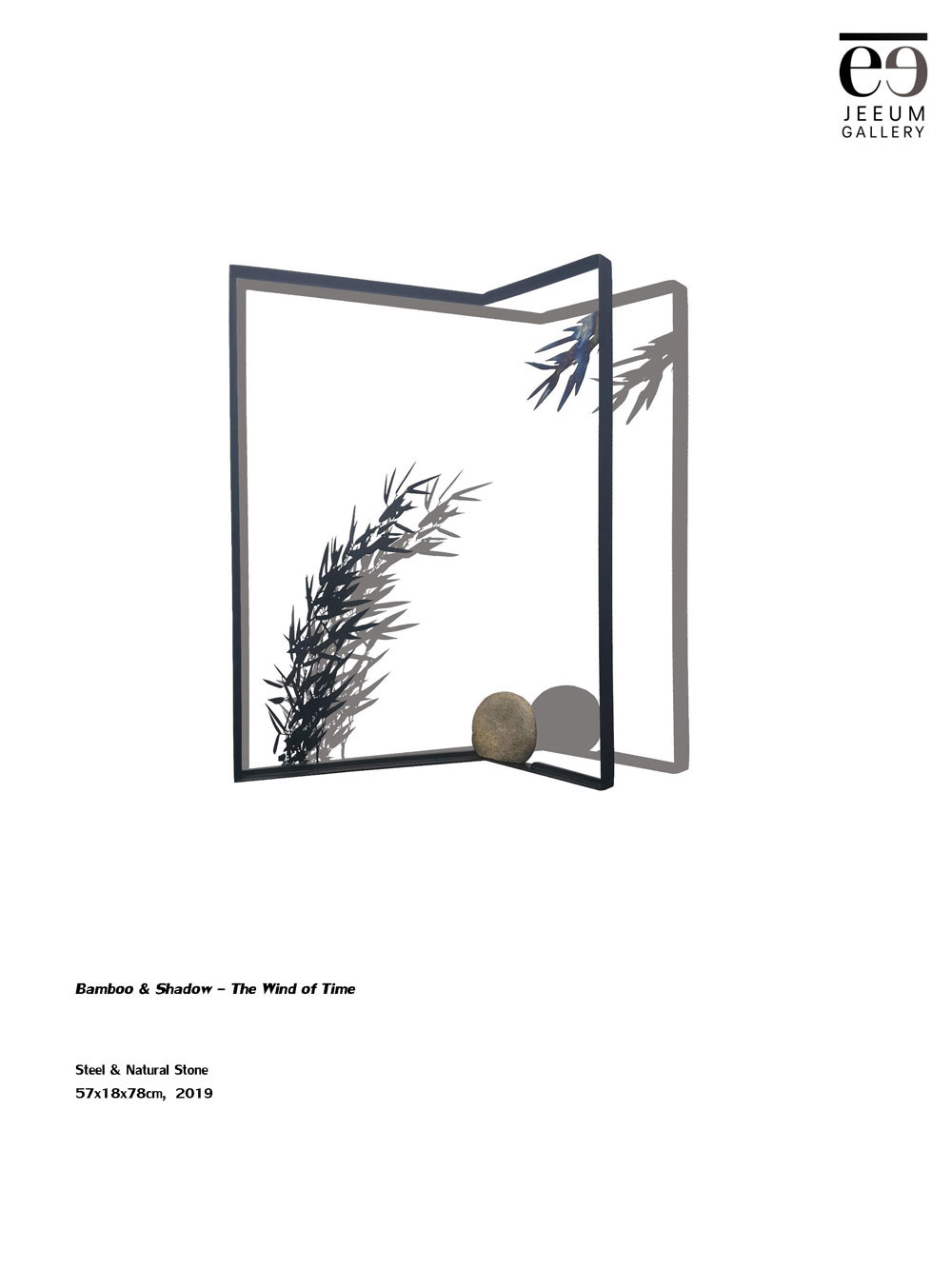 Discover artists who are catching everyone’s attention. These artists are the most viewed on Jeeum, so don’t wait too long because they are gaining major traction.

Shop now
Product Inquiry
×
The information you enter here will be sent directly to the recipient. It is not stored on this sites database. Read more in our Privacy Policy
SEND