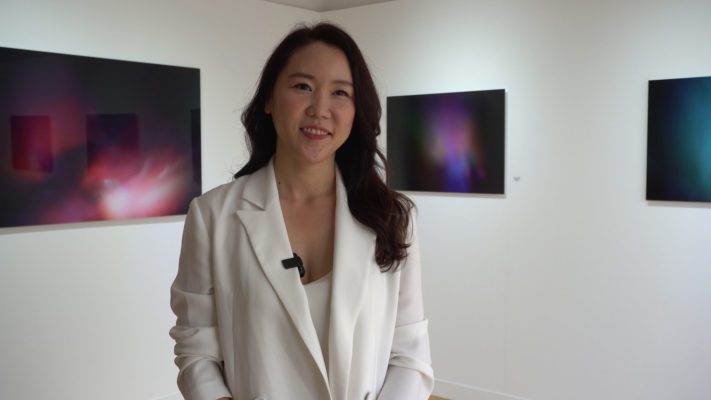 With her subtle entry into Lantau’s uncharted art scene from the hip vibes of Seoul’s Mapo district, Gallery Jeeum President and Art Director Shin Eunhye remains hopeful amid a pandemic.

The owner of Discovery Bay’s newest neighbour began her art collection journey almost a decade ago, her foray into the art business. And when Shin collects artworks, finding new artists is the inevitable next step.

Since 2016, the Seoul-based Gallery Jeeum (which means the listening heart) has been bringing Korean artists to international art fairs around the world such as Beijing,  New York, Taipei, Singapore, Brussels, and Hong Kong. The  newly opened branch at DB North Plaza in April is the gallery’s second space outside South Korea, its first in Hong Kong, which she considers, not only Asia’s financial hub –  the city’s more prominent reputation – but also an art hub.

“I believe Hong Kong is the place where cultural diversity is respected. And Discovery Bay is also one of the best places in Hong Kong to communicate and develop the common language of art,” Shin tells Bay Media TV.

DB North Plaza, fronting the sea, won her heart over the more renowned gallery-friendly places like Central, Sheung Wan, and Sai Ying Pun referencing galleries in Miami,Florida, near the beaches and where it’s accessible, as a benchmark. Shin’s close-knit network of artists, combined with art lovers and collectors living in DB in mind, provided the perfect setting for her Hong Kong venture.

To date, Gallery Jeeum has featured three exhibitions – the  most recent one was Lucent Nebulous with DB-based installation artist Miranda Smith. The upcoming exhibition on June 4 will be showcasing the works of Hong Kong artist Yihon Hsu, depicting human beings as a cross section of flowers amid the COVID-19 pandemic.