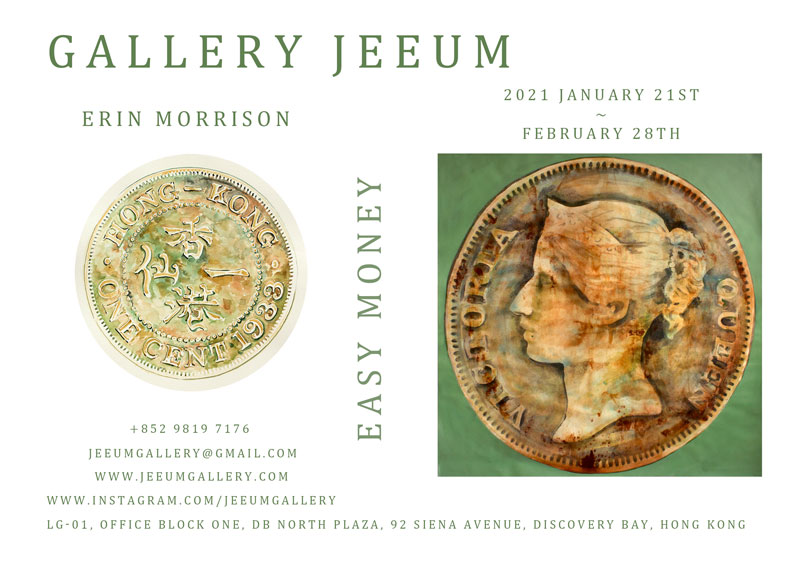 For the past two years the artist has focused her unique sculptural process of gypsum cast relief on early coins circulated in the United States before and shortly after its founding. While the interest began purely as a material curiosity, her motivations as to which coins  to reproduce began to shift after the artist moved to Hong Kong late July 2019. Between  studios and countries, and whilst in periods of isolation during the pandemic, she began making watercolor studies of Imperial Hong Kong coins as a daily meditation practice on global capitalism and the fluidity of intuition.

For her exhibition “Free Money”, the artist has produced 5 large works on paper reflecting on the Straits Settlement copper piece circulated by the British East India Company through regions of Southeast Asia established as outposts during and after the second Opium War. These territories include what are now parts of Malaysia, Singapore and Australia. In an effort to gain control over the export of Opium, while maintaining a  monopoly on the narcotic industry it created in the region, The British Empire began a crusade of conquest that benefited its status as a global partner in trade. The adaptation of Feudal labor methods at the peak of the Industrial Revolution permitted the tycoons of trade to yield enormous profits while establishing a sub-caste of workers dependent on the corporation’s success. While the East India Company experienced enormous growth and contributed greatly to the expansion of the global economy, like modern mega-corporations it too fell in debt to the Crown, resulting in the first massive government bailout of a multinational operation that had become too big to fail.

The exhibition itself, a meditation on the accumulation of wealth and the implied definition of it, presents the least valued coin on a scale mirroring that of a tombstone. Their means of production is both improvisational and calculated, in the attempt to mirror the reproduction of their grandiose symbols as both mundane and visceral. 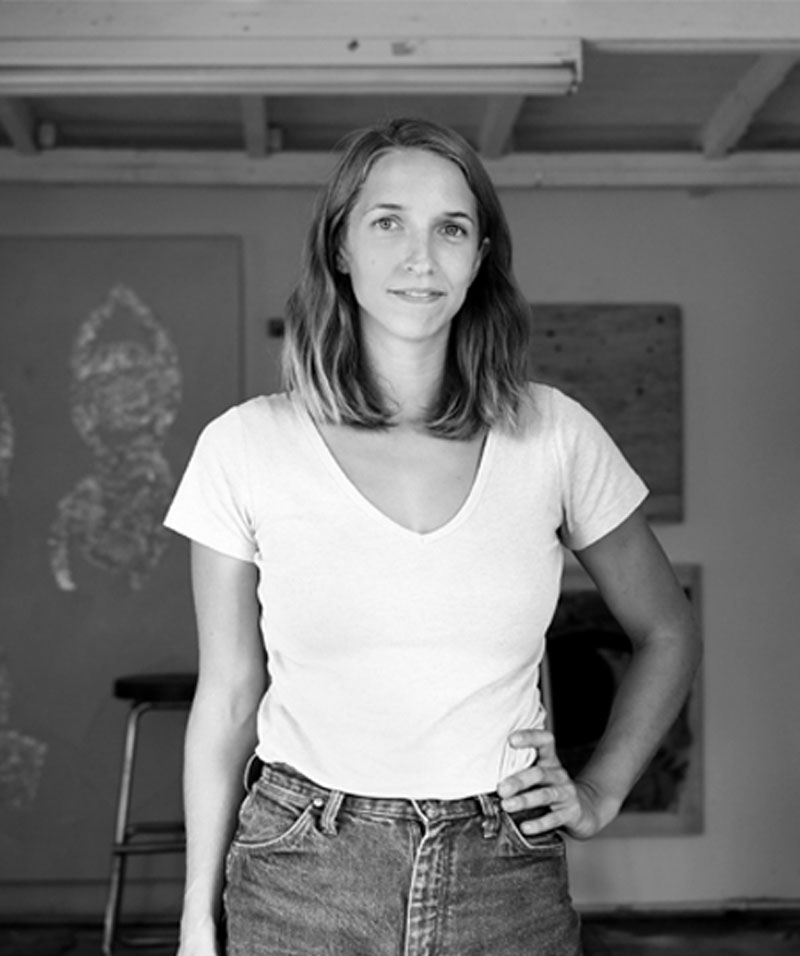 Erin Morrison is an American artist living in Hong Kong. She earned her MFA from UCLA in 2014, and her BFA from Memphis College of Art in 2007. She is represented by Ochi Projects in Los Angeles and has exhibited both in the United States and Internationally.