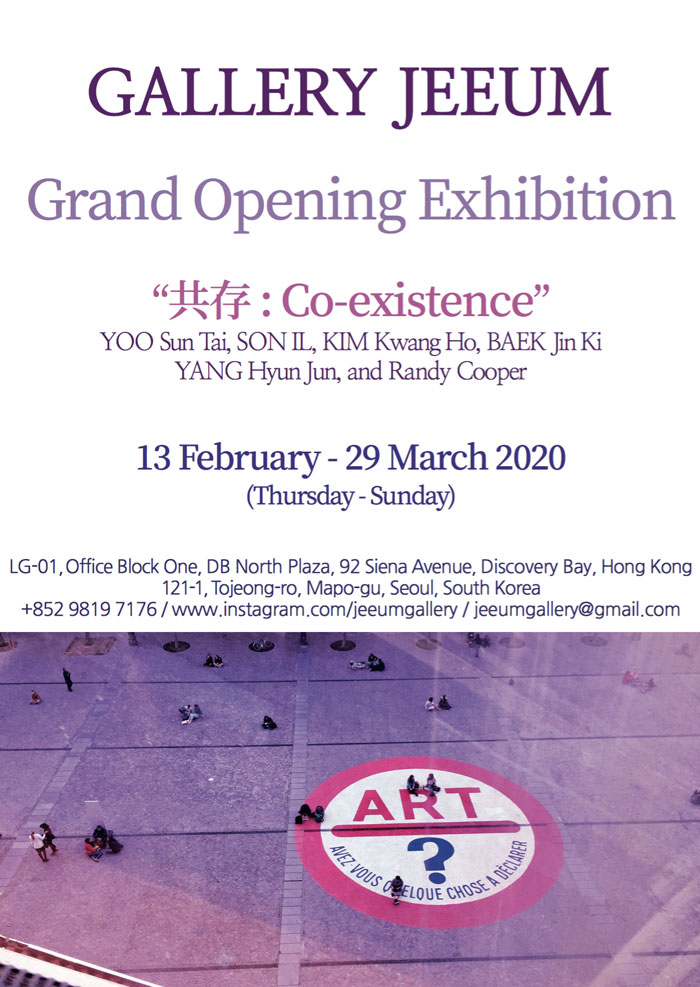 The Gallery Jeeum found in 2014 Seoul Korea has been introduced contemporary artist works all over the world including Korea.In 2020, for another big step for Jeeum, we are pleased to announce to launch the second gallery in Hong Kong in order to introduce more various contemporary art works for the audience who not only in Korea but also in the rest of the world.

For the first exhibition, we want to share and communicate the subject “Co-existence (共存) within virtuous circle” which is Jeeum gallery’s one of the main themes with our valuable audience through various artist’s works in our new Hong Kong gallery in Discovery Bay North Plaza. Wish Gallery Jeeum will be the place of the person who loves art and life. 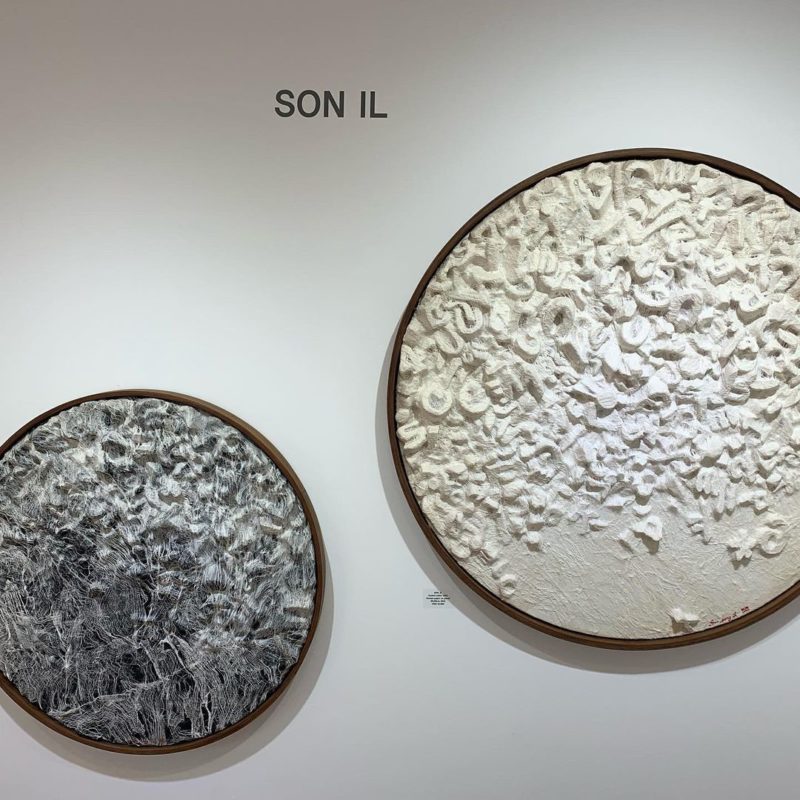 Memories, preservation and the language of communication was the main idea of the artist’s theme and he tries to express restoration in his own way to show through his artworks. Being as an artist, he thought carved letters in a woodblock seems stuffy something lock and stuck inside of it. After that the letters start to fall out from the woodblock one by one. In this way is the beginning of restoration of the woodblock’s letters and each of the letters becomes an individual letter. This individual letter gathers to become language communication inside of Artist Son Il’s artworks.

Not only this language communication has ‘Hangeul’(Korean alphabet) but also alphabet and emoticon. It is towards to the world even with the musical language and as an ‘art’ is a global language which raise lots of people’s empathy. Unsent letters are communicating with others and at the same time, it can be private emotional feeling. It is close to reach to the essence. How many unsent letters do you have? Through this exhibition, not only to see the aesthetic beauty of the outside but also tries to find what it is included in language of essence. 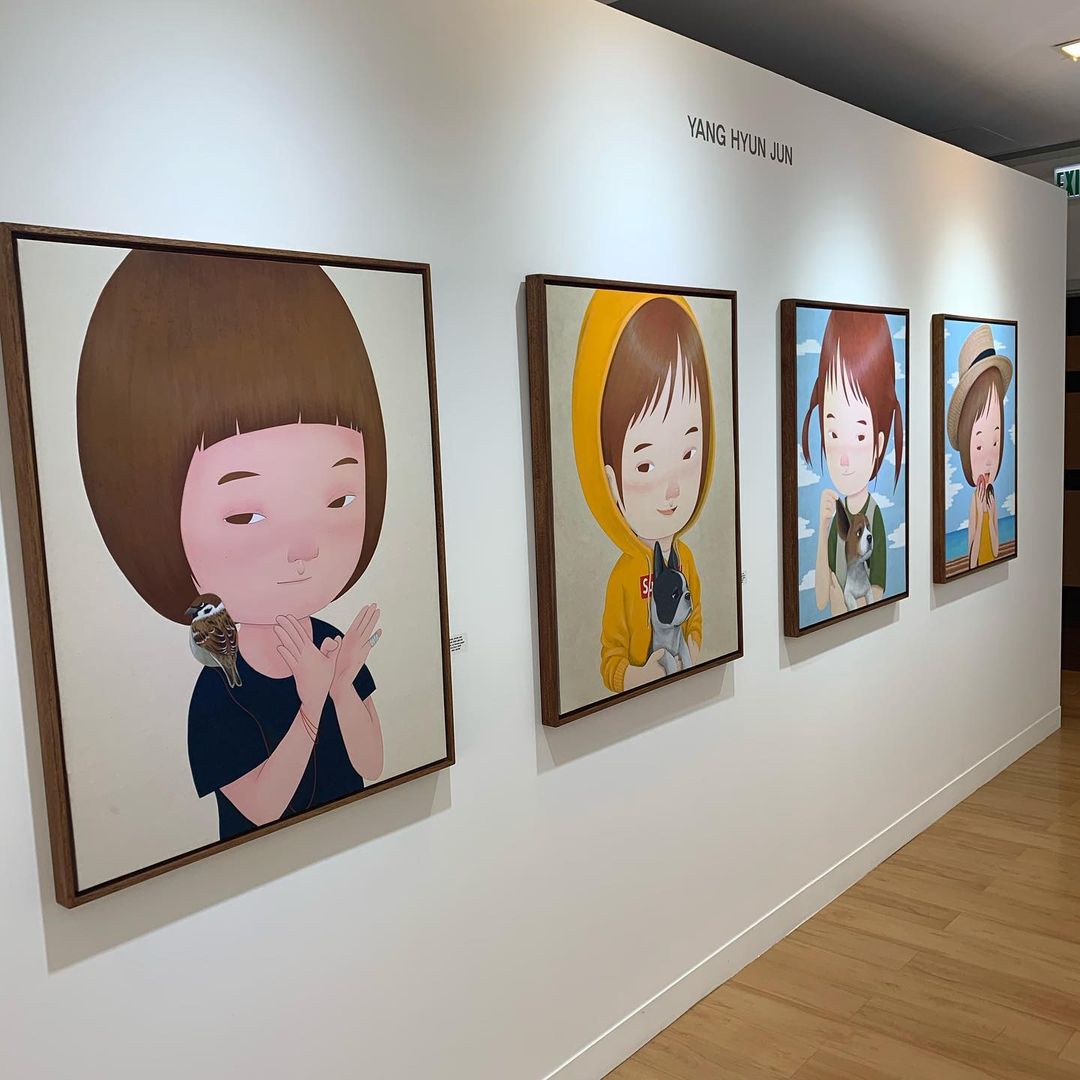 He creates the “Adult Child” character with assembly of mother’s face in her childhood. He tries to express her mother who sacrifice and concession in her whole life with humor. The girl in his works are expressing the live and pleasant story through various background and activities such as reading books, care for the animals, traveling,etc.

Mr. Yang’s major in university was “Oriental Painting”. He draws the work through layer-works with oriental and gouache colors on Korean traditional paper. 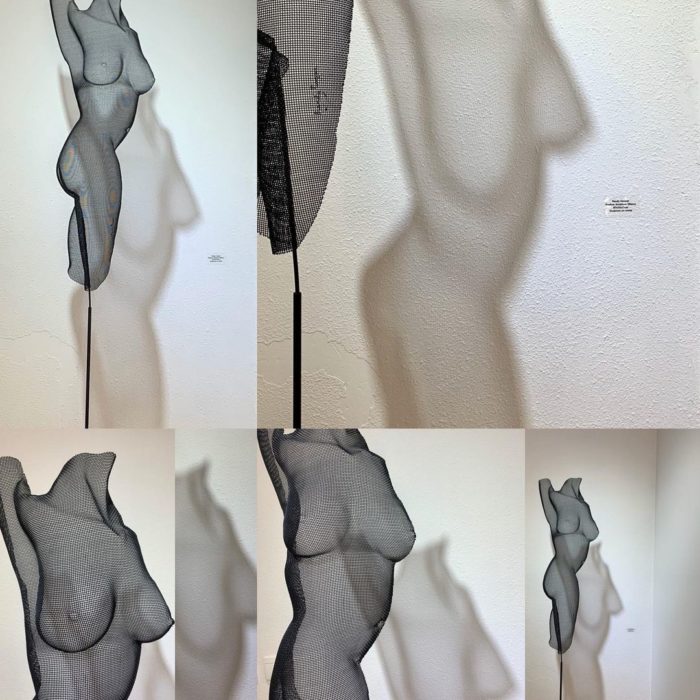 Randy Cooper has had many jobs and careers, ranging from lumberjack in the woods of the Pacific Northwest to serving as a special education teacher, from an operator at a Westinghouse plant to a developer and teacher of the Total Quality Management program at two of their facilities. As an artist, he credits his attention to detail to this latter experience at Westinghouse. Randy’s mother was a master carver of birds and gun stocks, and one of his sisters is an accomplished painter, sculptor, and author.

It wasn’t until Randy was nearly 50 that he discovered his own penchant for art. His first experience with art education was taking a 6-week course with sculptor Wren Prather-Stroud. He also attended a week-long course with Tuck Langland at the Scottsdale Artists’ School. After working successfully in clays, artificial stone, and bronzes, Randy discovered wire mesh, which soon became his medium. He began creating intriguing and magical sculptures in wire mesh and has developed all of the techniques that he uses in making his “Shadow Sculptures” on his own. These are forms created in wire screen that cast lovely shadows on the wall when lit with a light source. Indeed, sometimes the shadows seem to show more detail than the original sculpture and instill a feeling of magic into the creation.

These “Shadow Sculptures” have been sweeping the United States and the world for the past few years, highlighting many private collections throughout the world, and Randy Cooper has become a major force among America’s contemporary artists. Randy works as a full-time sculptor and lives in New Mexico with his wife, Susan, a former environmental engineer who is now a writer and an artist who has worked primarily in pastels, oils, and acrylics.

Artist “KIM Kwang Ho” Sculptures of the Four Gracious Plants. The foundation of my sculpture is a shadow. The shadow is a methodological instrument to search for an ego and to find an answer for the most fundamental and essential question of human beings, ‘Who and what I am?” Without an object, a shadow cannot be formed. Every form and shape of this world, whether it moves or not, is a substantive three-dimensional structure.

Still, shadow constantly returns and reverts and reverts from the plane to the three dimension in my works of sculpture, of which the nature is three dimensional. This attempt to substantialize immateriality to materiality is way of searching for another ego. Shadow, existed only with light of Yang, is Yin of darkness in Yang. Yin of shadows came to me to revert to Yang and ruminate on emotions about life and living. Shadow is false substance with no words and it cannot be owned or touched. Still, it’s existence is solely upon me.

Objects are three-dimensional containing the space. Space is the void existed from the beginning, and it is a psychological space revealed only in a relationship between objects. As for sculpture expressions for the four gracious plants, I place the shapes of shadows, shown only in a relationship between an object and light, in a space to expand the substantial images of the four gracious plants in the psychological space where another shadows are creating. 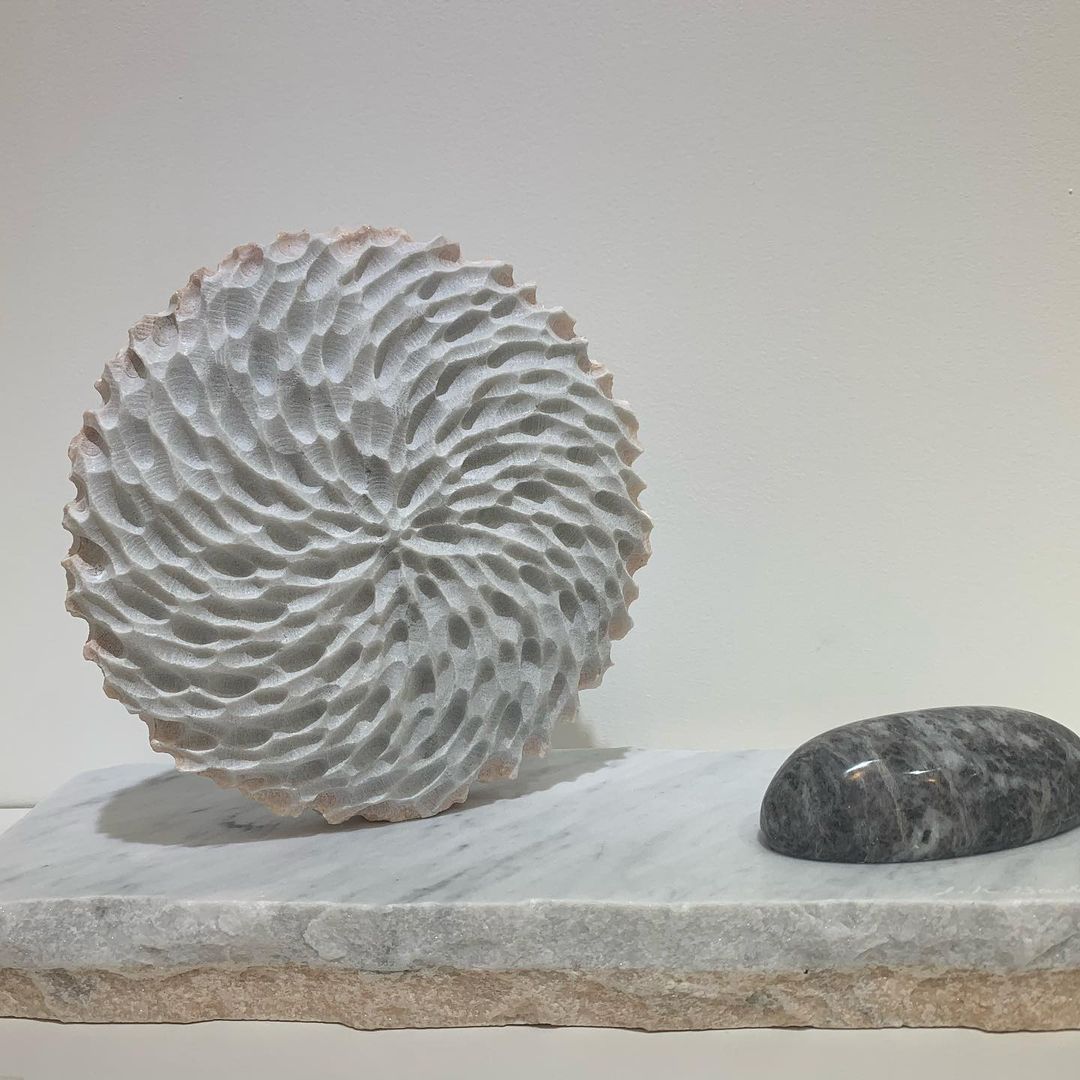 Artist “BAEK Jin Ki” Fiat Lux Series.Light is the root of all life. Appearance of light is the fundamental event of creation that is interpreted religiously, philosophically, culturally and physically. The little “Fiat Lux” is a Latin word meaning “let there be light”. It is from ‘flat lux et Facta lux’ a command in Genesis 1:3. “And God said, let there be light: and there was light.” Genesis 1:3 The work wishes that the fundamental meaning of creation and formation and the light of hope will spread endlessly through abstract shapes that generate and diffuse light. This is the advent of hope and the metaphor of recovery. The work begins by inserting a point on the marble surface, and obtains texture and motility through the superposition of innumerable dots.

The ‘Rushing Wind Series’ show the will of the small movement in life that create the mode of existence of a person, just as a small breeze blowing into the Pacific could cause tornadoes on the Americas. The overlapping and repeated sculpture act the texture and curve of the work, and these become a form of art, gaining its vitality.