Gallery Jeeum is participating in Art Central 2021. Looking forward to see you!

The foundation of Kim’s sculpture lies in shadows. ‘The shadow’ is a methodological instrument to search for an ego and to find an answer to the most fundamental and essential question of human beings: “Who and what am I?”. Objects cannot exist without shadow. Every form and shape of the world, whether it be moving or not, is a substantive tridimensional structure.

Son’s artworks were prompted by Hunminjeongeum (Name of Korea language). After encountering an original Hunminjeongeum book at Korea Art Museum, the artist wanted to protect and keep Korea’s heritage with his art. Memories, preservation, and the language of communication is the main idea of the artist’s theme. He carved individual letters in a woodblock and those single letters become a unique language communicated through Son Il’s artworks.

Park’s ‘Think’ series, which came about as the philosophical contemplation (thinking) about the meaning and purpose of art deepened, began with a retrospective examination of (sensibility) memory that revives (hometown) reminiscence and concentricity, is a nostalgic walk down memory lane.

Yoon has developed his now well-known style of three-dimensional painting over years of experimental art practicing. The artist is obsessed with objects such as book, typewriter, ladder, clock, bicycling man, bronze, apple, and other items. He takes such items as means of metaphors of life elements whose meanings depend on personal imagination and interpretation.

Chui is a leading calligrapher equipped with exceptional repertoire and expertise. Competent in a wide range of scripts, Chui’s calligraphy exerts a dynamic and vigorous quality, while his painting derives from the structure of calligraphic fundamentals. 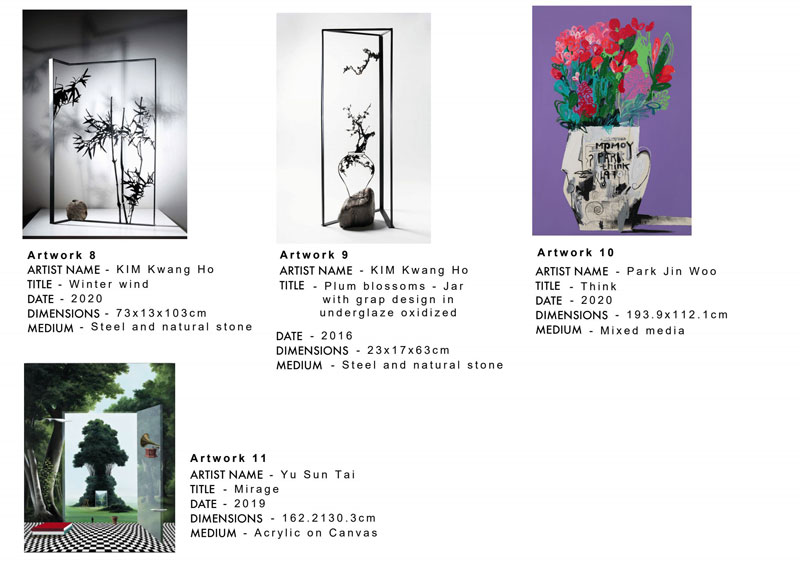 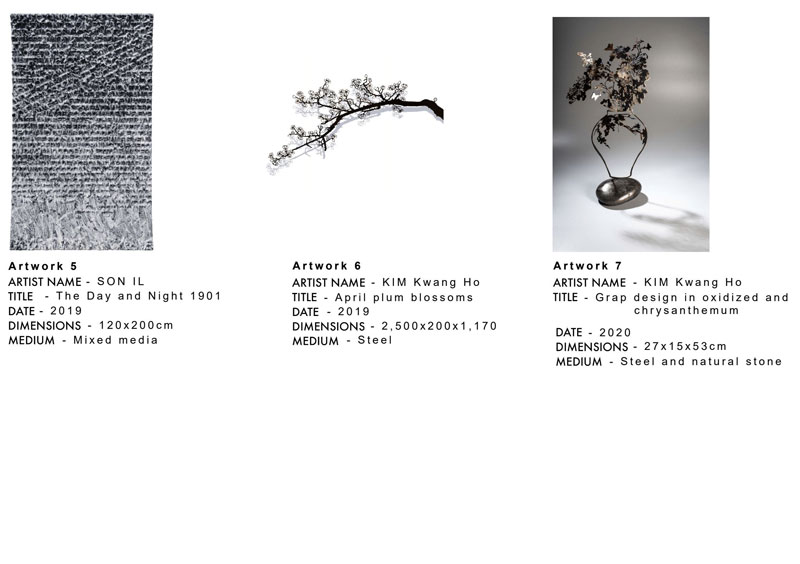 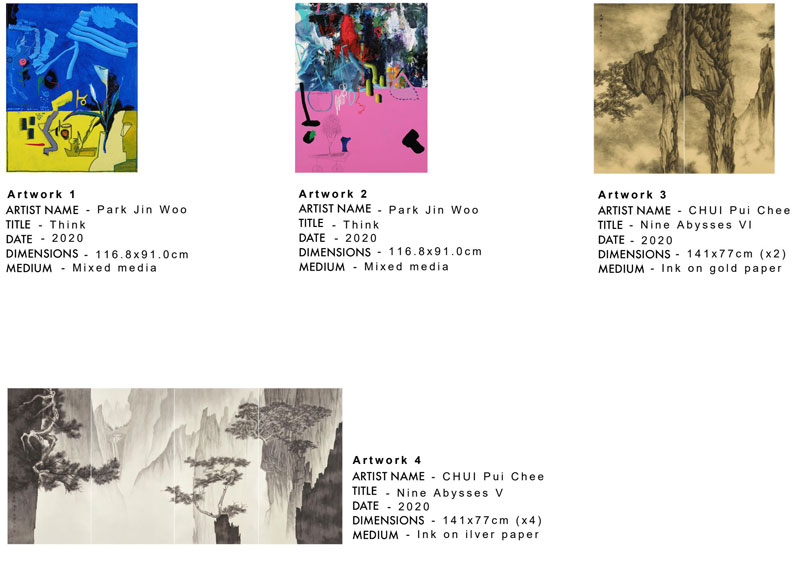