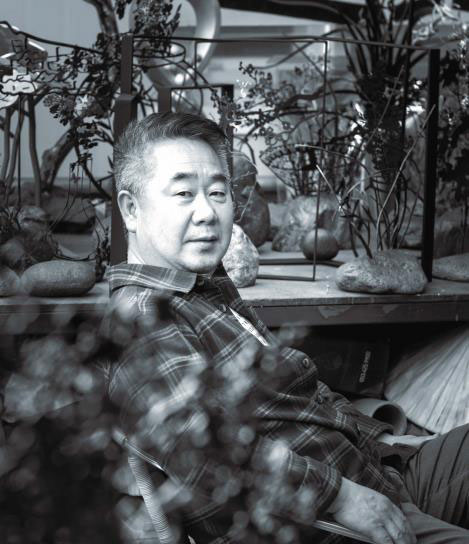 The shadow is a methodological instrument to search for an ego and to find an answer to the most fundamental and essential question of human beings, “Who and what I am?”

“No object without shadow can exist. Every form and shape of the world, whether it moves or not, is a substantive three-dimensional structure. However, shadows constantly return and revert from the plane to the three dimension in my sculptural works, of which the nature is three dimensional. It is because this attempt to substantialize immateriality to materiality is a way of searching for another ego.”

In years of practicing, Kim has developed and experimented with different expressions of shadow: focusing on spatiality and with the design of the sculpture structure itself as a background; allowing a wide blank space in the background and emphasizing on the figuration of the object in front; creating a frame and adding different colours to the sculptures etc. Every form and shape existing in our world are three-dimensional, with spaces in between or surrounding that exist as a void. They are all an investigation into creating the non-substantial from substantial, and vice versa.

No matter the way of expression, Kim’s subject of focus has always been loyal to the Four Sagunja, also known as the four noble ones or four gracious plants – plum, orchid, chrysanthemum, and bamboo, this time with the recurring motif of a seemingly tranquil moon in a golden form on the other side.

Along in the group of his most recent works are also pieces that shift our attention to other objects such as the human figure, houses, and shapes, some with repeated layers and patterns. Each work is placed in front of a mirror as the back frame, offering an alternative way of appreciating Kim’s steel sculptures.

On eye-level, the images appear to be either in black or white and only when you look into the reflection from a different angle would you see a coloured reproduction. The introduction of a myriad of bright colours added a contemporary touch to the pieces, different from the artist’s usual works. Once again, Kim’s sculptures invite the audience’s gaze to travel beyond the boundaries of line expressions, this time extended to the mirrored images created within the works. 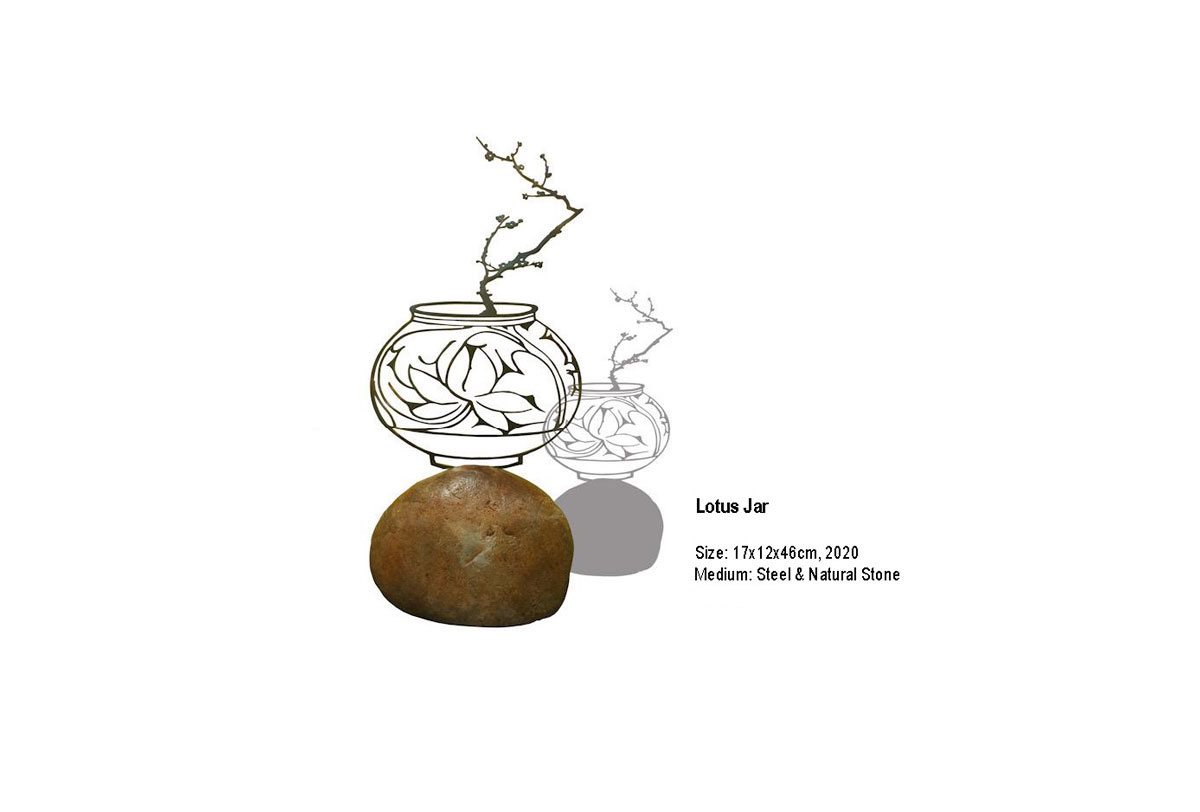 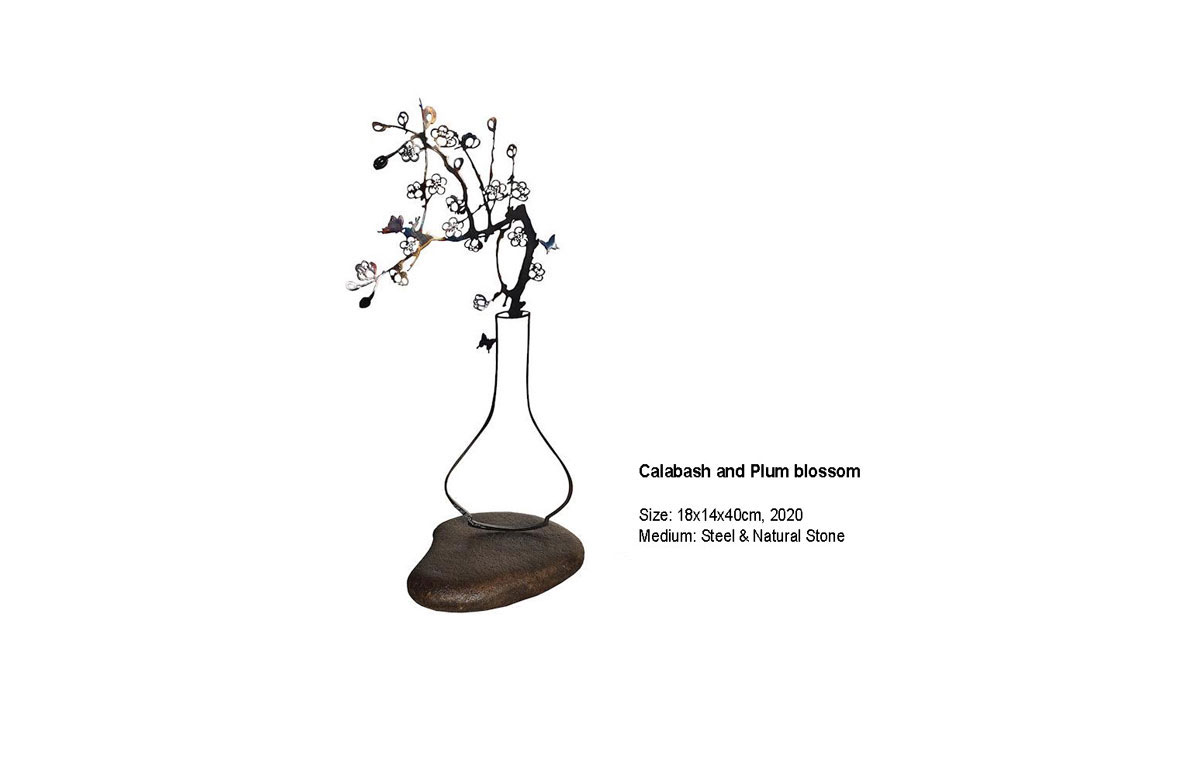 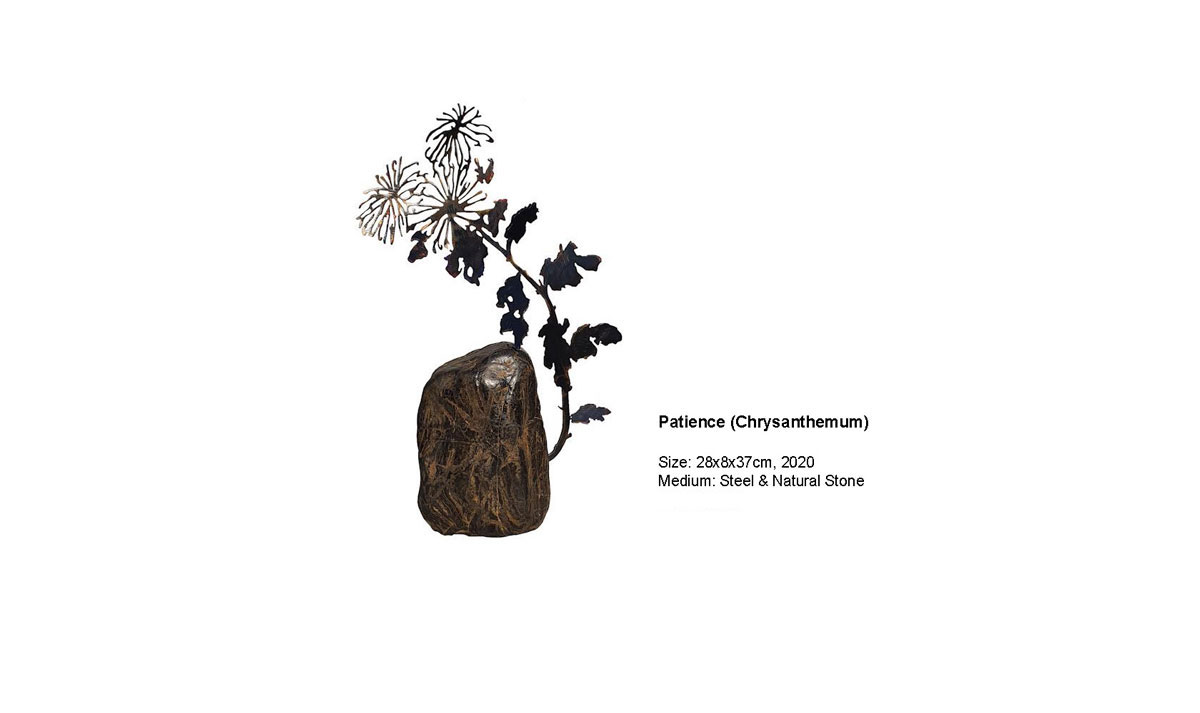 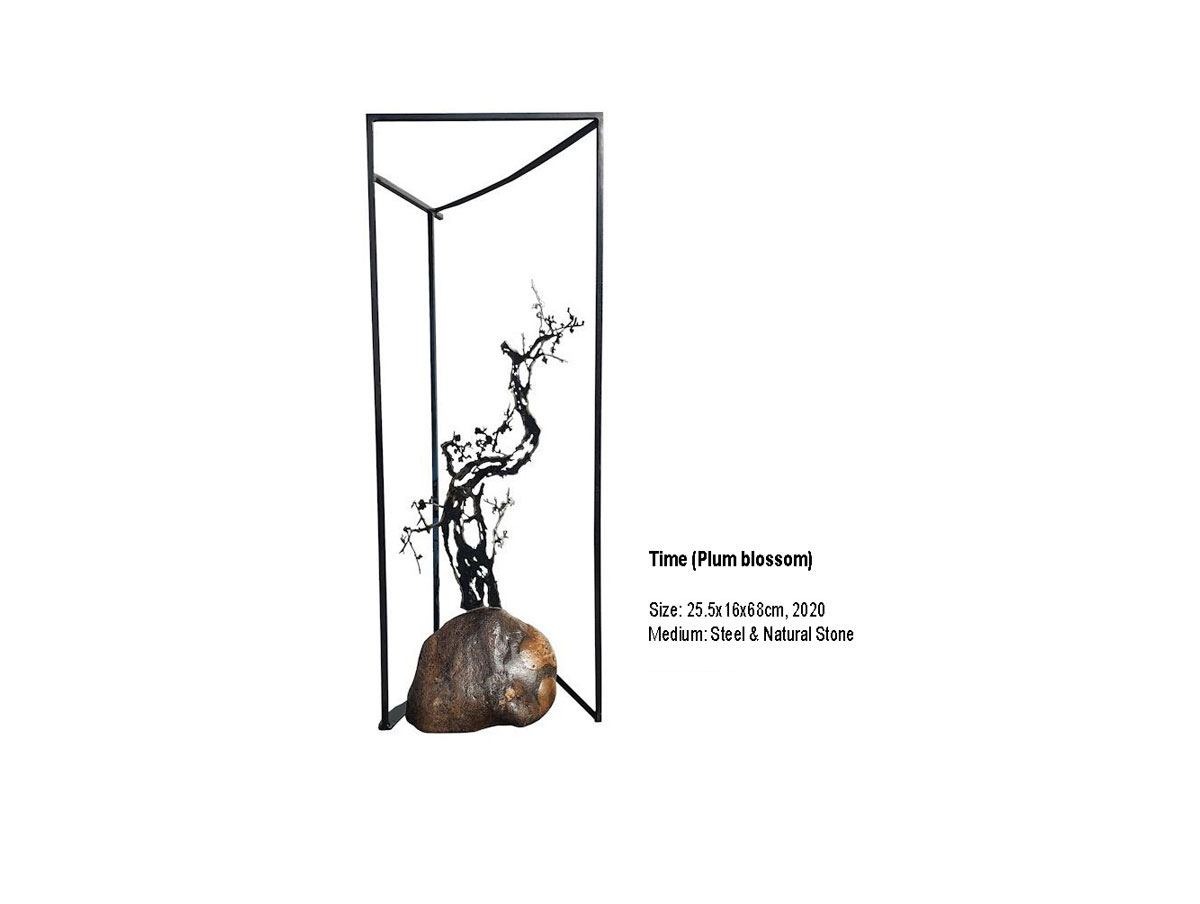 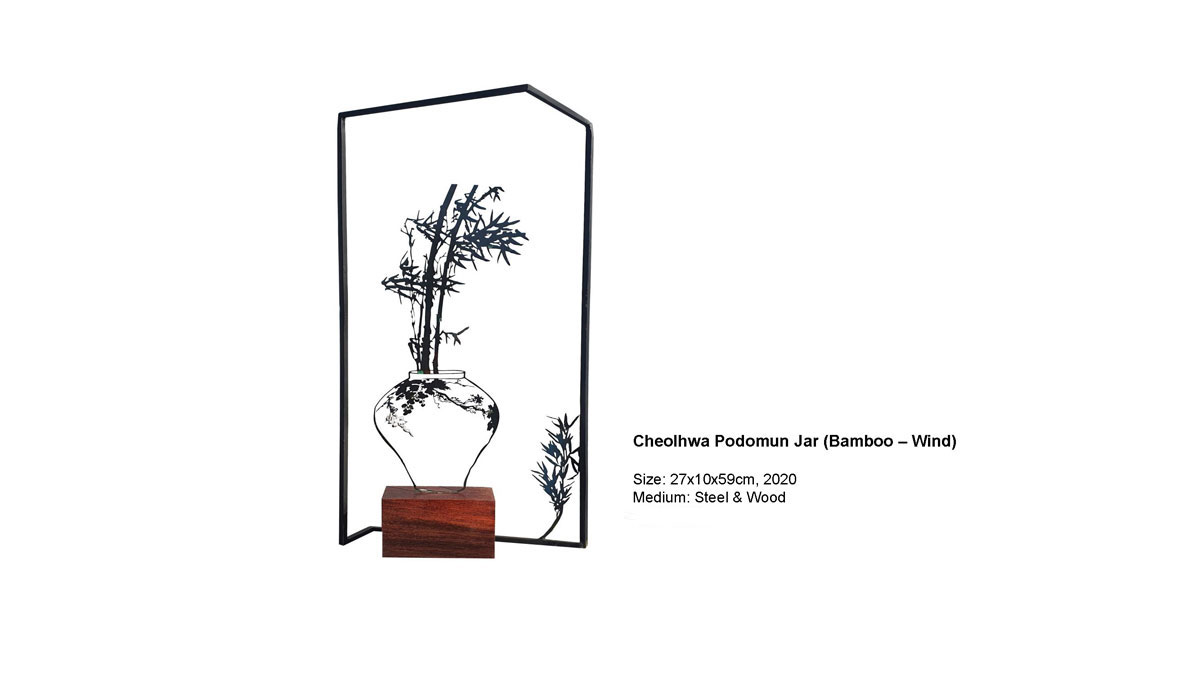 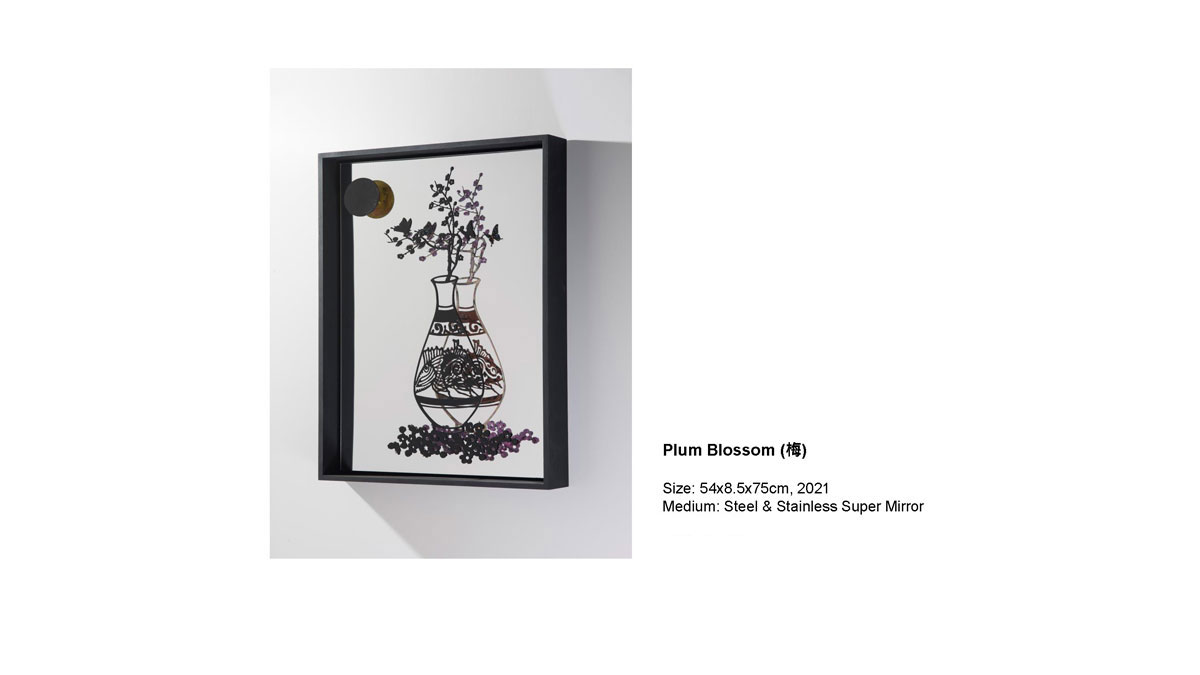 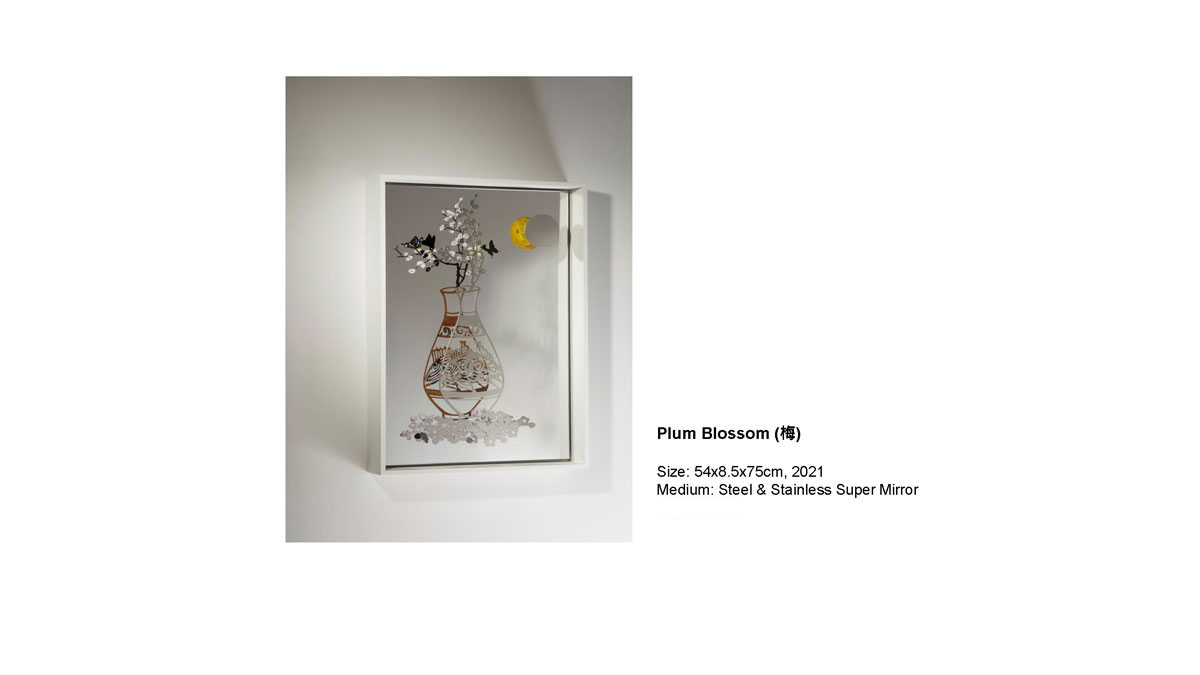 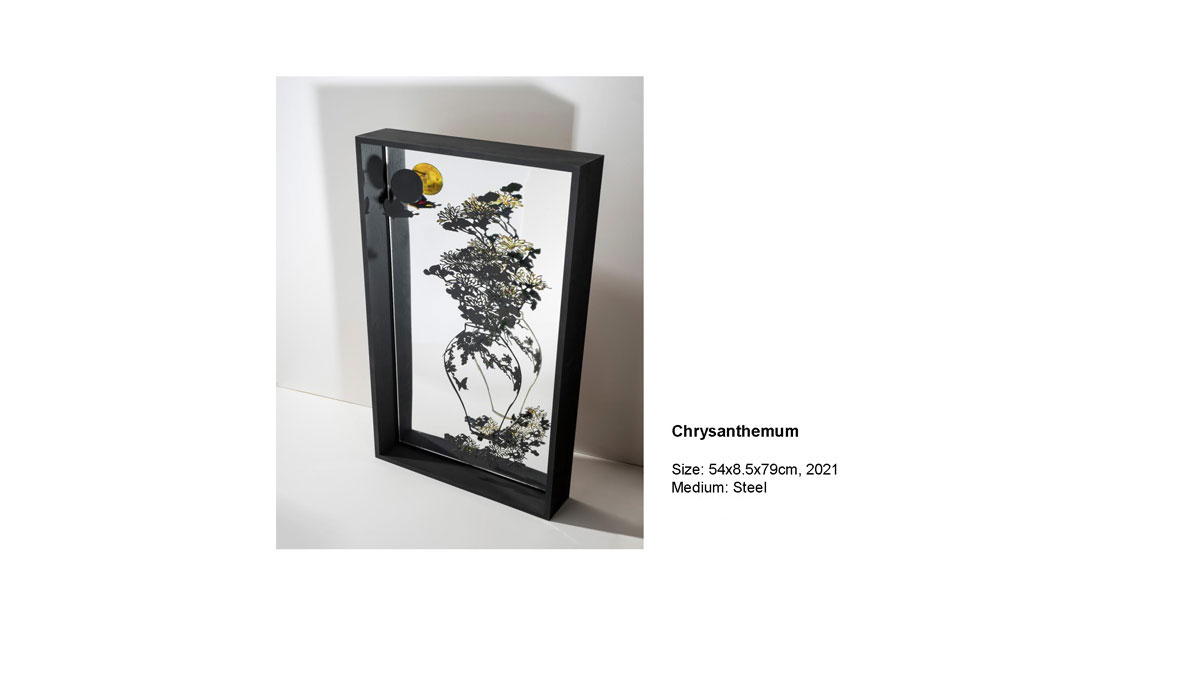 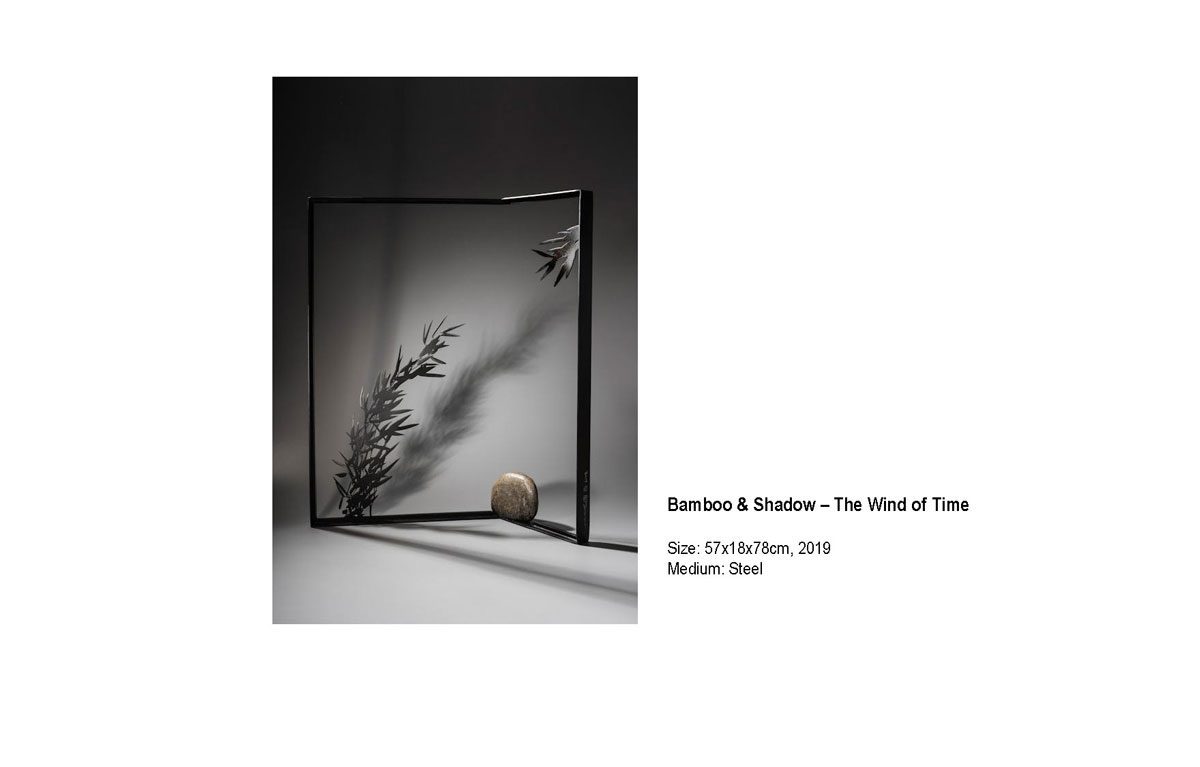 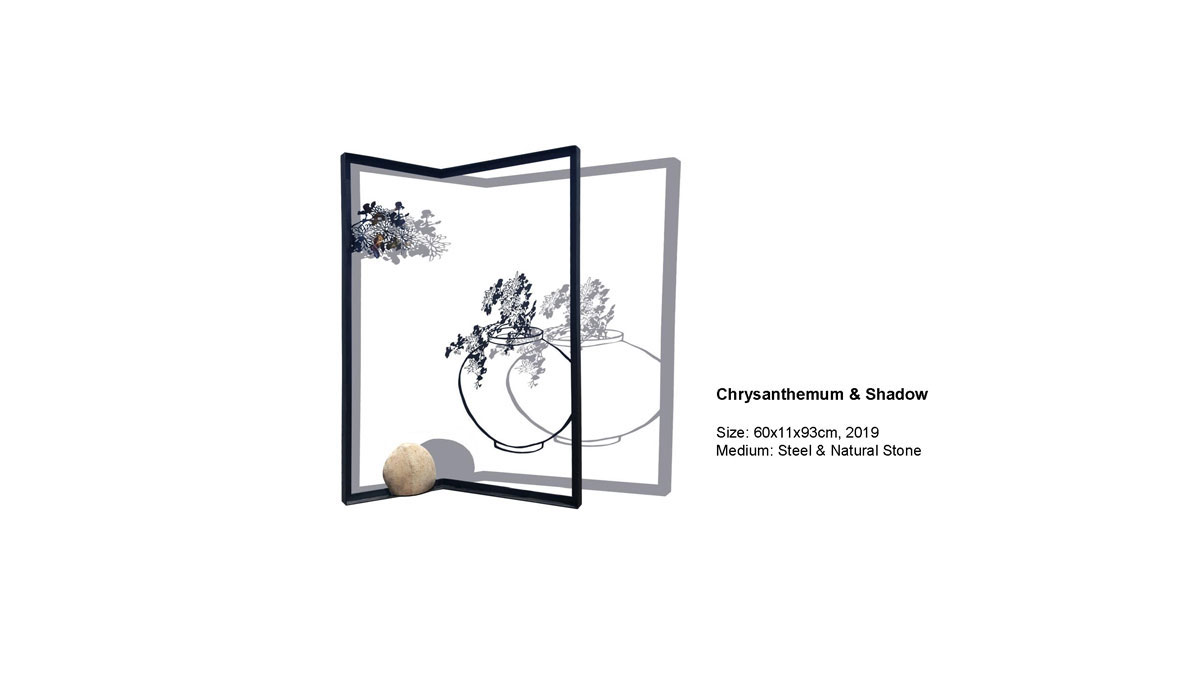 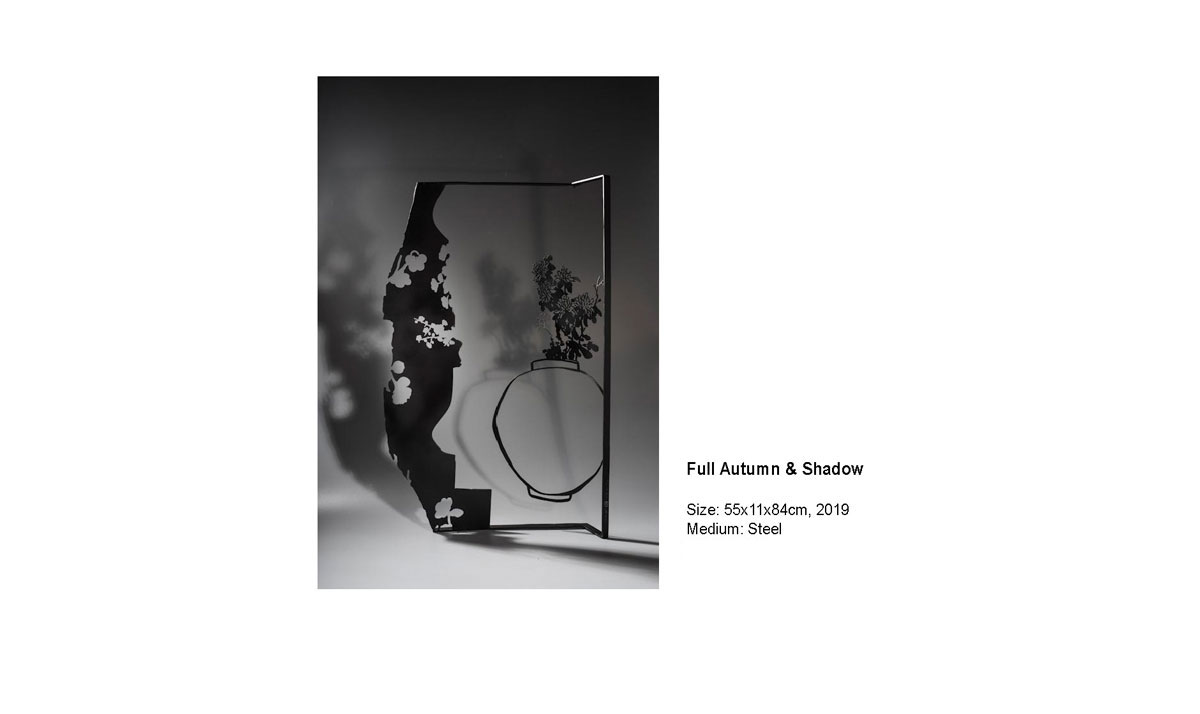 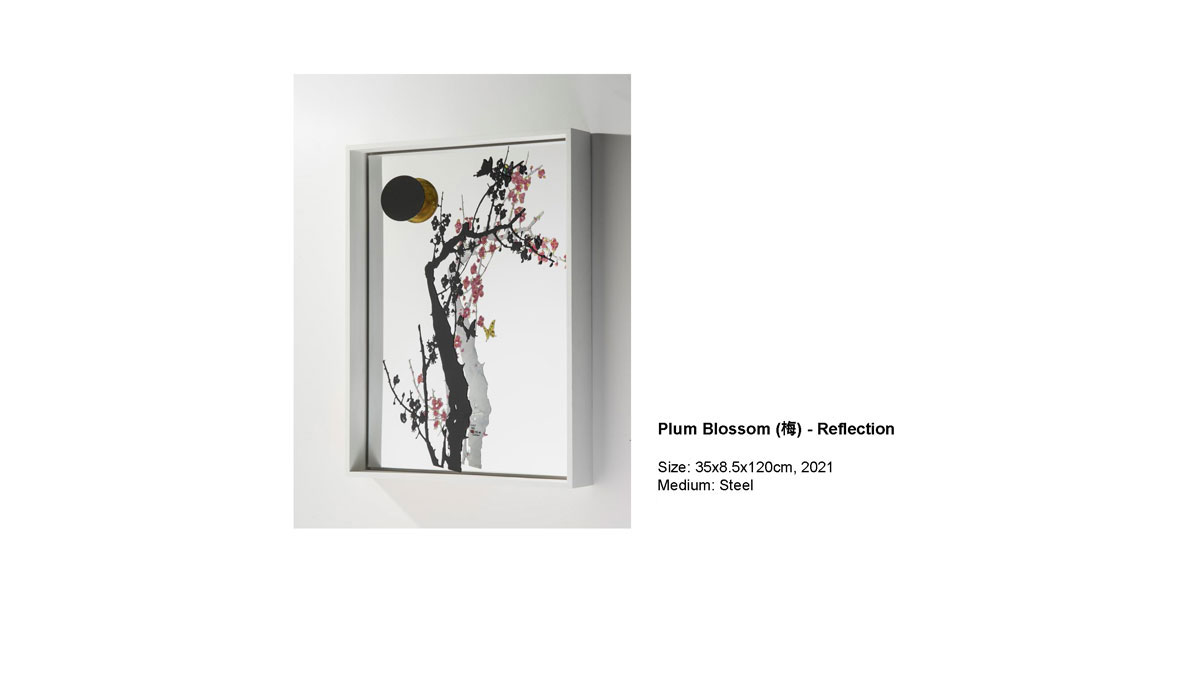